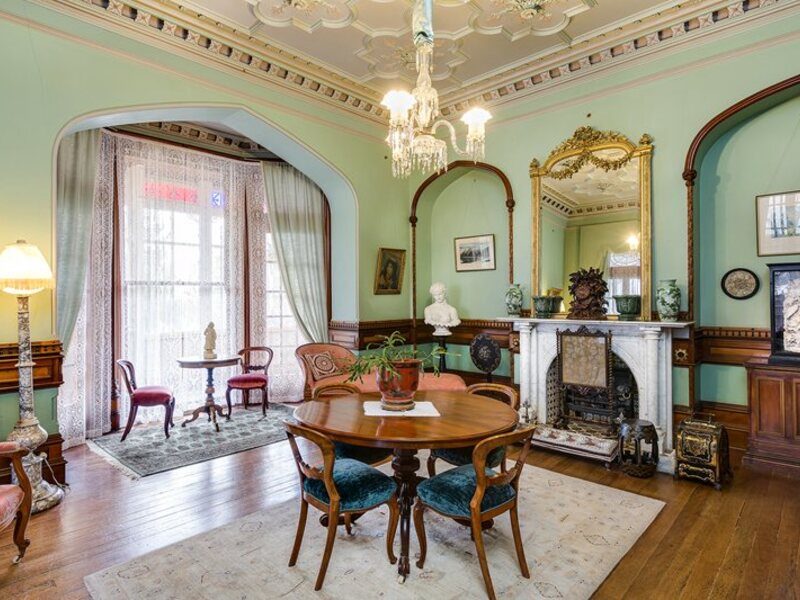 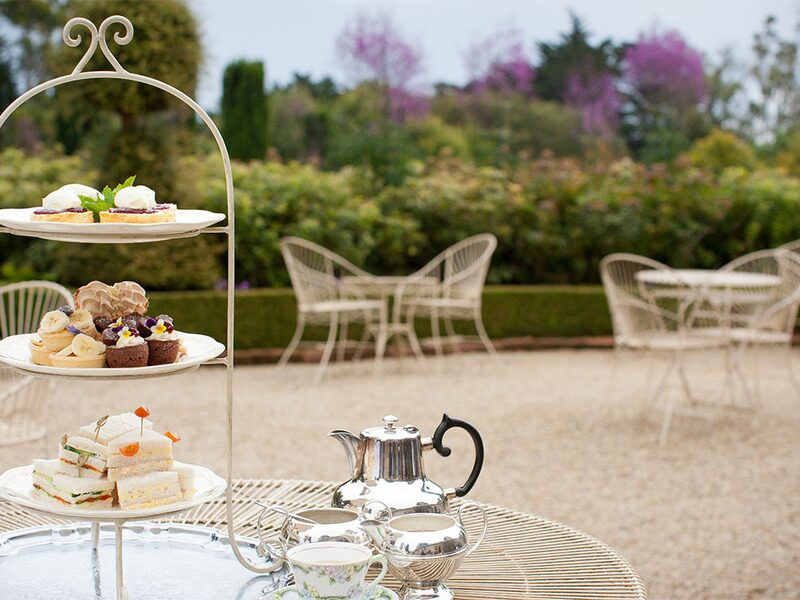 Larnarch Lodge
Larnach Lodge accommodation is purpose built within the grounds of Larnach Castle. Being built beside the original historic Stables and over the foundations of old farm buildings, Larnach Lodge was designed as a re-creation of a colonial farm building, positioned with spectacular harbour, ocean and Peninsula views.

Olveston House
Olveston was built for Dunedin businessman, collector and philanthropist David Theomin, his wife Marie and their two children Edward and Dorothy. Designed by acclaimed English architect Sir Ernest George, Olveston was built as a family home furnished with fine art, furniture and artefacts purchased from all around the world. Intended for future generations of Theomin's to enjoy, this was not to be the case as both the Theomin children died without heirs. Surviving the death of her father, mother and elder brother, Miss Dorothy Theomin lived at Olveston until her death in 1966, when it was discovered the house and the original contents were gifted to the City of Dunedin. Opened as a historic house museum in 1967, Olveston is a time capsule as little has changed inside the house since it was occupied as a family home between 1906 to 1966. Olveston is an authentic and original historic home depicting the life of a wealthy merchant family in the early part of the twentieth century.

Alehouse Tour & 2 Course Evening Meal
The 75 minute guided tour takes you back in time to the cobblestone streets of the past and the origin of the Speight's' brewery in 1876. Visitors not only get to see, smell, touch and taste the ingredients that make "The Pride of the South" but will learn about the antiquity of beer from Babylonian times through to the introduction of beer in New Zealand and the story of our very own Speight's Brewery. After the tour enjoy a 2 course evening meal (choice of entree/main or main/dessert) at the brewery and complimentary 12oz beer of your choice.

The Royal Tour - Full Day
Hop aboard our mini-bus and travel the scenic roads of the Otago Peninsula. Enjoy an extended look around the Hoopers and Papanui Inlet systems. Along the way we aim to spot local and international shorebirds. Some birds will travel from as far as Alaska to use these intertidal zones, other species can be spotted nowhere else in the world. You'll be taken on a special one hour tour at the Royal Albatross Centre. This includes a short movie about the royal albatross followed by a visit to the hilltop observatory. Here you will watch as these huge birds soar past on three metre wings and interact with their chicks around their nests. Spend an hour at the Albatross Café, where you can purchase food and drinks. The cafe has a range of options for all dietary requirements, appetites and budgets. You are also welcome to bring your own packed lunch on tour with you.
Enjoy a 90 minute guided walking tour of a Yellow-eyed Penguin conservation reserve. Discover why they are the most endangered penguin in the world and what is being done to save this quirky, beautiful species. Visit the on-site wildlife rehabilitation centre, where sick and injured birds are cared for. Your guide will then take you into the conservation reserve for a great opportunity to see a Yellow-eyed Penguin and their nesting sites. Hop aboard the Monarch Wildlife Cruise to see albatross, furseals and more as you cruise out through the Otago Harbour entrance around the spectacular Taiaroa Head. Enjoy uninterrupted views of the world's only mainland breeding colony of royal albatross. These special birds are generally more active in the later afternoon. The cruise will continue a short way out to sea, where we often find other albatross and seabird species. Sometimes we are lucky and see blue penguins swimming or spot other marine mammals like NZ sealions or hectors & dusky dolphins. Finish your big day out with a 90 minutes cruise along the length of the beautiful Otago Harbour. Known to be the most picturesque harbour in NZ you'll enjoy views of the city, historical fishing villages, tiny islands, busy commercial ports and stunning coastal hills.

Prices listed are per person in Australian/New Zealand Dollars, based on twin occupancy, including all discounts unless otherwise stated. The offer is subject to availability at time of booking.  Fares are capacity controlled and are subject to change at any time without notice. Prices/Offers are correct as at 01 June 2022 and can be withdrawn without notice. Hotels may charge resort fees not included in this package, payable direct upon check in. Visas are not included. Payments made by credit card will incur a surcharge. Flights are not included. Offers subject to availability. Cancellation fees apply, offers may be withdrawn without notice and are not combinable with any other offers unless stated.