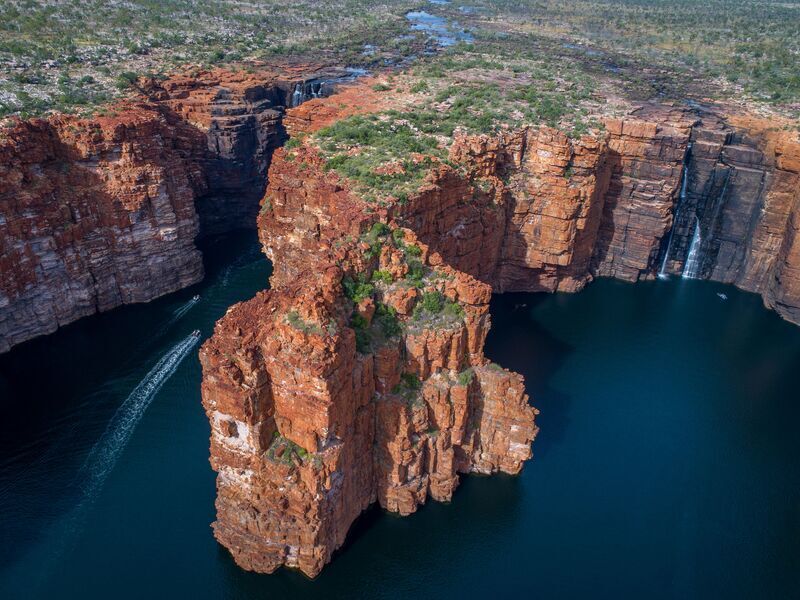 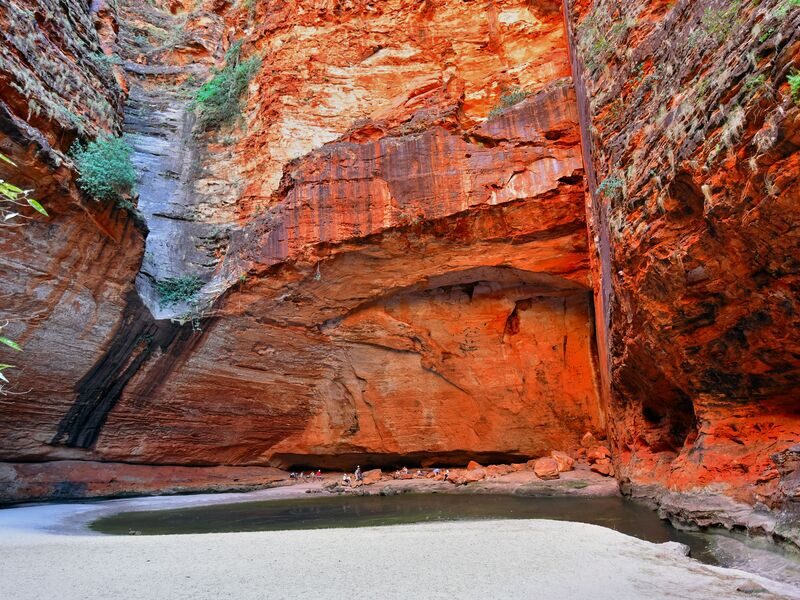 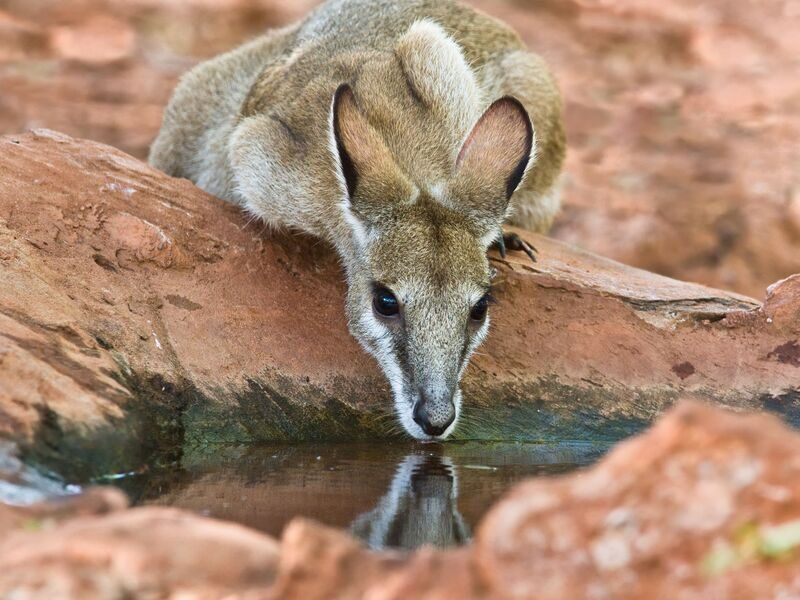 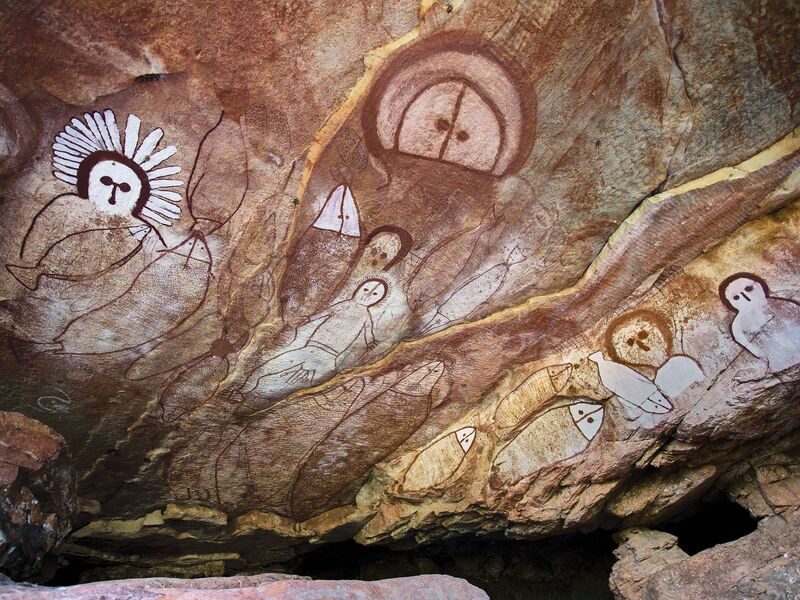 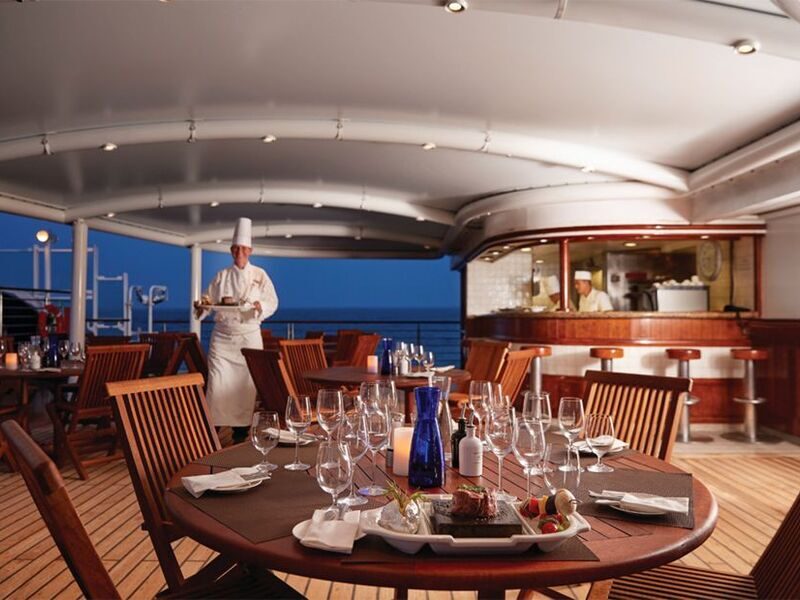 Discover Australia’s heritage on this thrilling journey. But first – Matakus Island is calling, brimming with welcoming smiles and authentic Indonesian charm. Sail via a sea day to Wyndham, for a chance to fly over the incredible striped mountains of the Bungle Bungle range. Then, delve into the rugged natural environment of the Kimberley, keeping an eye out for the wealth of endemic wildlife that lives above and below the waves.

Kakadu Wilderness Escape from Darwin
Kakadu National has over 20,000 square kms of diverse terrain, encompassing wetlands, ancient woodlands, stunning and age-old rock formations, not to mention home to a third of Australia’s bird species and a fifth of it’s mammal species, we are not exaggerating when we say there is nowhere else on earth to experience the true wonder of nature quite like Kakadu. On this prepare to discover a deep connection to our environment as we travel to the lands of the Bininj and Mungguy People, their continued management of this park in association with Parks Australia is the key to why this region continues to thrive and support unparalleled wildlife and ecosystems.

4WD Cape Leveque & Aboriginal Communities with Lunch
We head north on Cape Leveque Road, travelling over rugged terrain on the unsealed sections of the road to One Arm Point. One Arm Point is a remote Indigenous community with amazing views of the Buccaneer Archipelago. Here, is the trochus hatchery and learn about the Bardi Jawis strong connection to their rich culture and saltwater traditions. Have the opportunity to purchase local art and artefacts. Next stop is Cygnet Bay Pearl Farm situated on the tip of the Dampier Peninsula. Enjoy a chef prepared lunch followed by a Pearl Farm Tour. A family owned business, it is Australia’s oldest operating Pearl Farm. An opportunity also to visit their showroom, where you will see some of the finest South Sea Pearls grown and harvested. Enjoy an afternoon swim in the beautiful turquoise waters of Cygnet Bay or maybe sit back and relax or stroll along the beautiful white sand beach, taking in the amazing scenery.

Darwin
Australia's capital of the north is a uniquely tropical city, and a historically isolated outpost of this vast, diverse country. Reaching up towards the equator, the city was named in honour of Charles Darwin by the British settlers who established a frontier outpost here. With a unique history, beautiful islands nearby, and a palette of sizzling Pacific flavours, colourful Darwin is an enchanting and exotic Australian destination. Crocodiles patrol the jungled waterways and tropical rainforests around Australia's gateway to the Top End. Explore via airboat to look down on the veiny waterways of the mist-laced Kakadu National Park. Enjoy sunshine and famous tropical pink. It may be remote, but Darwin found itself on the front line during the Pacific War, as the Japanese air force unloaded their bombs onto the city in 1942. This relaxed unassuming city has a deeply resilient backbone, however, and you can explore the museums to learn more of the war's impact on Darwin.

Matakus Island
The eastern part of Indonesia is a true paradise on Earth. Home to countless beautiful, unexplored destinations that have not enjoyed the tourism boom. This makes it a perfect place for those who have a sense of adventure and truly want to explore off the beaten path. Matakus is a small island and part of the Tanimbar archipelago. At just over two miles in length and less than a mile across, it is one of the smaller islands but its proximity to the regional capital city of Saumlaki just to the north ensures that the island is inhabited. The tourism infrastructure is practically inexistent, so don’t expect to be souvenir shopping here – ordering a lunch of delicious freshly caught and grilled fish from one of the local fishermen that line the shore is about the maximum! The island is surrounded by fine, white-sand beaches and is a marine paradise, with fields of staghorn coral and schools of cardinalfish visible in its crystal clear waters to snorkel and dive in! Birds including the Tanimbar starling, Moluccan masked owl, Fawn-breasted thrush and Blue-streaked lorry all call this island home too.

Wyndham
Wyndham is a small settlement with the spirit of a Kimberley outback township. It was established in 1886 with the Halls Creek gold rush and sits on the Cambridge Gulf where several rivers converge. Today Wyndham has a population of roughly 900 people and operates largely as a port exporting cattle, servicing the mining industry and hosting a few small ships. Wyndham is a gateway to the breathtaking Bungle Bungle mountain range and the nearby Ord River. The Bungle Bungle Mountains in Purnululu National Park are now a World Heritage Site. In excess of 350 million years have shaped geological formations of giant orange and black striped domes rising out of the ground into a landscape unlike any other. Known to the local Aboriginal people for thousands of years, the Bungles were only discovered by the outside world in the mid-1980s. Conversely, cruising the peaceful and tree-lined Ord River is a chance to look for freshwater crocodiles, fruit bats, short-eared rock wallabies and a variety of birds, including Mangrove Herons and Mangrove Gerygones.

King George River
The King George Falls is one of the Kimberley’s most magnificent natural wonders. At 80 meters, the thundering spectacle of twin cascades are among the highest in Australia. The river weaves through an amazing landscape of near vertical red rock formations and a parade of wildlife — carnivorous saltwater crocodiles and amazing birdlife, including giant raptors and the Brahminy Kite.

Hunter River Region
The Hunter River is home to an immense mangrove system surrounded by soaring red sandstone cliffs. Narrow mangrove channels shelter numerous bird species, mudskippers, fiddler crabs and the infamous saltwater crocodile; the most aggressive crocodile species known to man. Naturalist Island at the mouth of the river has a stunning stretch of sandy beach that makes a perfect landing site for small helicopters that can pick up visitors wishing to explore some of the Kimberley’s vast interior. The highlight inland is the famous Mitchell Falls where four tiers of waterfalls plunge into deep pools that flow out into the mighty Mitchell River. The headwaters of the falls are cool and a dip in the fresh water is a welcome reprieve from the heat of the heartland.

Buccaneer Archipelago
The Buccaneer Archipelago is one of the Kimberley’s finest secrets. The Archipelago, 19 sq miles, is made up of around 800 islands and protect the mainland from the huge 12 metre tides and astonishing speed of the Yampi (or, in traditional Aborigine, “Yampee”) Sound. The speed and power of the water may not make for pleasant bathing, but do however result in fantastic natural phenomena. One fine example is the horizontal reversible waterfall in Talbot Bay. The tidal pull is responsible for the “reversible” nature of the falls, however, this also hides narrow gaps between the islands, making for treacherous sailing conditions. Isolated graves of sailors and divers are testimony to the danger. William Dampier sighted the Archipelago in 1688 but it would not be until 1821 that the Archipelago would become known as Buccaneer (a term coined by Captain Phillip Parker King) "in commemoration of William Dampier’s visit to this part of the coast ". Enterprising individuals were initially attracted to the Buccaneer Archipelago in the 1800s due to the superior pearling as well as the rich iron ore deposits. Pearling conducted by luggers in the 1880s was concentrated in Cygnet Bay, Cascade Bay, Cone Bay and Strickland Bay. More recently, mining operators established open-cut mines on Koolan Island on the east side of the Sound. Some of the richest iron ore in the world is extracted here to this day.

Broome
Gateway to the oldest and most elusive of all Australia’s nine regions. The ancient landscape has long held travellers spellbound: The Kimberley is three time larger than England but has a population of just 35,000, is over 65,000 years old and is home to 2,000 km of coastline. Almost impenetrable, incredibly remote, the red baked earth, prolific wildlife, majestic canyons and swimming holes are the stuff of Australian wilderness dreams. English explorer William Dampier was the first explorer to set foot in Broome in 1668. However, the land had long been used as a trading route between east and west Kimberley for Aboriginal families. These semi-nomadic tribes respected strict unwritten rules regarding ownership of the land. The Yawuru people remain the Native Title holders for the township of Broome to this day. Broome itself has over 84 Aboriginal communities affiliated to it, 78 of which are remote. The city grew from its nascent pearling industry of the late 19th century. Pearl diving was dangerous in the waters surrounding Broome and for many years divers were limited to Aboriginal slaves, skin divers who faced cyclones, sharks, crocodiles, ear and chest infections in order to bring up as many pearl shells as possible for their masters. Natural pearls were rare and extremely valuable, and when found, were placed in a locked box. Around 1914, Broome was responsible for 80% of the world’s pearl trade.

Prices listed are per person in Australian/New Zealand Dollars, based on twin occupancy, including all discounts unless otherwise stated. The offer is subject to availability at time of booking and shown on the lowest suite category available at the time. Fares are capacity controlled and are subject to change at any time without notice. Prices/Offers are correct as at 2 November 2021 and can be withdrawn without notice. Cabin categories include prepaid government fees and port taxes unless otherwise stated.  Hotels may charge resort fees not included in this package, payable direct upon check in. Visas are not included.  Air credit is applicable on airline of choice, subject to availability and subject to the carriers’ flight schedules and conditions. Payments made by credit card will incur a surcharge.