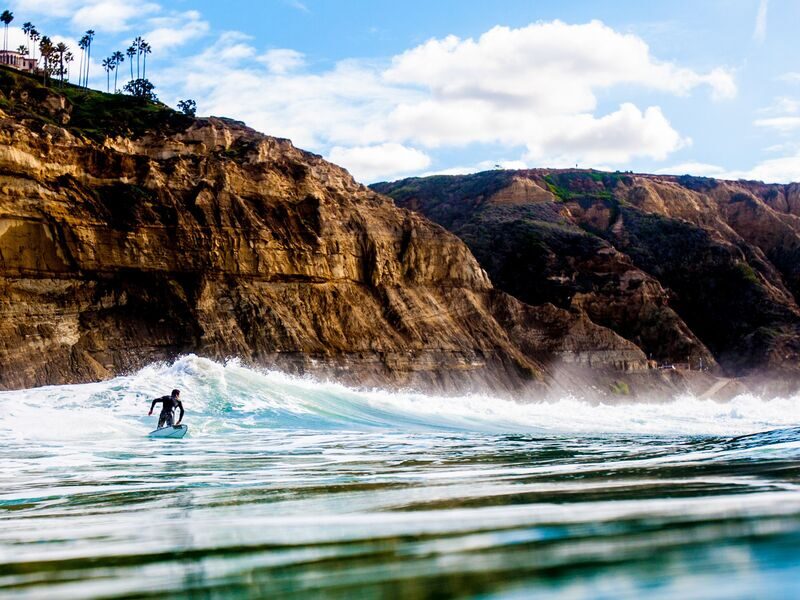 Your Fly, Stay & Cruise Package Include:

Honolulu, Hawaii
Brick Victorian buildings, including America's only royal palace; thriving Chinatown nightlife; sacred temple remains on distant bluffs; and the wartime memories of the attack on Pearl Harbor, including the USS Arizona Memorial are found at this bountiful destination.

Lahaina, Hawaii
How beautiful does a place have to be to win the title of paradise of paradises? Well, start with enormous stretches of beach, some full of surfers, some off bays packed with whales, some sporting nothing but your own footprints. Toss in two volcanic craters, one with a road that takes you from sea level to 3,055 meters (10,023 feet) and through tunnels of jacaranda trees. Then there's the rain forest, which you can experience on a scenic drive so full of twists and turns and waterfalls that 83 kilometers can take most of the day. At the end, though, you're rewarded with yet more falls, plus cool ponds perfect for a soak. Maui knew what he was doing when he pulled this island out of the sea.

Kona, Hawaii
Both culturally and geographically, Hawaii's Big Island divides into exact halves. The east is jungly, dark and prone to lava flows. The other side, the Kona side, grows all the coffee, and everyone wakes up really, really early. Cruising Kilauea Volcano watch from your ship’s wraparound deck as Mt. Kilauea spews red-hot lava into the sea and the goddess Pele continues her island-building work. Have your camera handy for this remarkable sight.

Hilo, Hawaii
Water and fire reign here: This is a land of verdant rain forests bisected by sparkling falls. But the fiery element flares along the volcanic coast of Kohala and the roaring furnace of the Kilauea volcano: Lava has continued to seep from the crater since its last eruption in 1983.

Kiritimati (Christmas Island)
Christmas Island is one of the Line Islands, and part of Kiritimati – the largest atoll in the world. With its miles of sand beaches, peaceful lagoons and swaying coconut palms, all resting atop an ancient reef, it is a tropical oasis awaiting your exploration. The entire island is a sanctuary for the widest variety of tropical seabirds anywhere in the world – a stunning population of between four to six million birds.

Bora Bora, French Polynesia
On your arrival at Bora Bora the ship navigates Teavanui Pass, and you are sure to be astonished. Brilliant blue water in far too many shades to count and palm-dotted white-sand motus encircle a lush island topped by craggy Mount Otemanu. Close your eyes and open them again. Yes, you are on a beautiful French Polynesia cruise and it’s all real! This South Pacific isle with its exotic Tahitian-French allure has been captivating vacationers from the time the first overwater bungalows were built here nearly 50 years ago. Bora-Bora has also drawn a multitude of divers eager to scope out its array of reef fish, rays and sharks. It's hard to compete with the sheer drama of the water, or with shape-shifting Mount Otemanu, which looks completely different from every angle.

Moorea, French Polynesia
Shaped like a heart and crowned with emerald-green spires, Moorea is easy to love. The Magical Island, as it's nicknamed, is celebrated for its untamed landscape and symmetrical side-by-side bays. Its languid lagoon seems without end, wrapping this 132-square-kilometer isle in shades of liquid blue, from pale aqua to intense turquoise. Dolphins and stingrays glide through the waves alongside snorkelers and divers exploring the stunning undersea scene. Venture inland to the valleys and another aspect of island life becomes clear: agricultural abundance, with crops that include pineapples, bananas, taro, sugarcane, coffee and cotton.

Papeete, French Polynesia
The capital of French Polynesia, is a bustling business and government center, with black-pearl shops on almost every corner. As you move into the countryside, time starts to slip, and it's just the changeless ocean and the almost unchanged forests—and much the same sensation that made Cook think he'd found heaven on earth.

Rarotonga, Cook Islands
The Cook Islands are a South Pacific nation with a traditional Polynesian culture and governmental ties to New Zealand. Of the nation's 15 islands, Rarotonga is the youngest, geologically speaking. There's only one main road—without a single stoplight—following the 32-kilometer perimeter. The island's most visible landmark is a towering granite pinnacle known as the Needle, which rises from razor-backed ridges. Rarotonga’s other main calling cards are its Muri Lagoon, a dazzling patchwork of soothing blue hues, and its extraordinary people. Cook Islanders have a passion for Polynesian drumming and dancing, which they perform with an old-school, hip-swinging intensity that gets even bystanders’ hearts racing.

Vava U, Tonga
With an ideal year-round climate that’s perfect for swimming, snorkeling, diving and sailing, the islands—which are mostly uninhabited—boast a varied set of attractions for visitors that only begin with their famed white-sand beaches lapped by turquoise waters and enchanting coral reefs teeming with abundant marine life like tropical fish, dolphins and sea turtles. the Vava’u islands offer tropical forests, limestone cliffs and caves to explore, traditional villages to check out and a wealth of activities ranging from sea kayaking and gamefishing to yachting. Not only can you spot humpback whales and take in the unique atmosphere of historic cemeteries, you can also enjoy a hike up Mount Talau.

Nuku Alofa, Tonga
Located on the northern coast of Tonga’s largest island, Tongatapu, it’s a charming, idiosyncratic city with a lively infrastructure that combines a slew of pleasant cafés and restaurants with historic churches and long, stunning beaches. It’s an easy city to navigate on foot, and the surrounding island can be explored equally easily with a car or motorbike, both of which can be rented locally. Head to the water and take advantage of some of the world’s finest snorkeling, or venture out to sea on a whale-watching charter.

Cascade, Norfolk Island
Norfolk Island was a British penal colony from 1788–1814 and 1825–1855, before being settled by descendants of the Bounty mutineers. Explore the region’s history at the Norfolk Island Museum.

Brisbane
Brisbane may be a contender for Australia’s hippest city, thanks to its clutch of crafty bars, eclectic restaurants and homegrown fashion. The city's subtropical climate brings joggers and cyclists to the banks of the Brisbane River year round; jacarandas and frangipani bloom in the spring.

Sydney
If you want a snapshot of Australia's appeal, look no further than Sydney: The idyllic lifestyle, friendly locals and drop-dead natural beauty of this approachable metropolis and its attractions explain why the country tops so many travelers' wish lists.

Prices listed are per person in Australian/New Zealand Dollars, based on twin occupancy, including all discounts unless otherwise stated. The offer is subject to availability at time of booking and shown on the lowest suite category available at the time. Fares are capacity controlled and are subject to change at any time without notice. Prices/Offers are correct as at 17 November 2021 and can be withdrawn without notice. Cabin categories include prepaid government fees and port taxes unless otherwise stated.  Hotels may charge resort fees not included in this package, payable direct upon check in. Visas are not included.  Air credit is applicable on airline of choice, subject to availability and subject to the carriers’ flight schedules and conditions. Payments made by credit card will incur a surcharge.