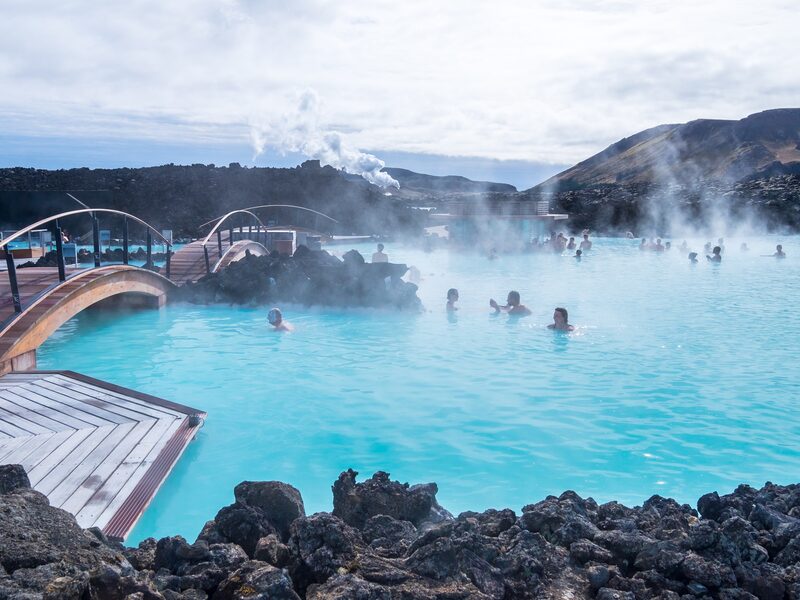 Uncover a different way of life in Amsterdam, where the main mode of transport is a bicycle and canals replace roads. Explore untouched beauty in Iceland, where volcanic terrain meets the ocean. Immerse yourself in the culture and history of Ireland and England, the stories are endless here.

***Chat to a travel agent today about adding a back to back cruise from Amsterdam to the United Kingdom return.***

Amsterdam Food Tour
Some of Amsterdam’s best culinary spots are most accessible by foot, such as the fashionable foodie-filled neighbourhood, De Pijp or historic Albert Cuyp market, and the best way to experience this country’s cuisine is by enjoying our Amsterdam food tour. The ‘Cuyp’ has been open since 1905 and is still as popular as ever a century later. With 260 stands, Albert Cuyp is the biggest market in Europe and a place where there’s always something new to taste! Bargain hunters, window shoppers, day-trippers, tourists and many local Dutch families visit this place for an unforgettable taste of Amsterdam’s food. Be sure to come hungry!

Volendam, Eden & Windmills Tour with This Is Holland Ticket
From the churning windmills in the Zaanse Schans to the cheese weighing house in Edam, this tour highlights everything that is typical Dutch. See the beautiful landscapes of the province of North Holland and explore the traditional fishing village of Volendam on a 5,5 hour guided tour from Amsterdam. Learn about clog making in the wooden shoe shop and try some tasteful cheese in one of the Dutch cheese farms. Stop in the beautiful seaside village of Volendam to see the small houses and learn about the locals with their traditions and traditional Dutch costumes. Back in Amsterdam visit the ultimate 5D Flight Experience; This is Holland. See how the Netherlands was created, and experience atmospheric effects like wind, mist and smells, which makes it feel as though you’re really flying through the air, crossing dikes and braving storms. Take your seat... fasten your seatbelt... and fly!

Amsterdam
This is where 17th-century Golden Age estates meet gritty Red Light District alleys, all woven together by an elaborate system of canals. Stand amidst the bustle of Dam Square and pick fresh blooms at Bloemenmarkt. See where celebrated painter Rembrandt once worked and admire his masterpieces at Rijksmuseum. Nibble on Gouda amid the greenery of Vondelpark – or relax in one of the city’s quirky coffee shops.

Akureyri
For a city of 18,000 residents, Akureyri packs a lively punch. Situated at the head of Eyjafjordur, Iceland's longest fjord, the first thing you'll notice is the backdrop of dramatic snow-covered mountains. Take a stroll through the Old Town and admire the 19th-century turf houses. Sample some authentic Icelandic cuisine, or warm up in the steaming Akureyri Thermal Pool. Around the corner, you'll find Akureyri's basalt church, Akureyrarkirkja, with its striking, futuristic facade. Iceland cruises give you access to stroll through Lystigardurinn, the northernmost botanical garden in the world, and breathe in the fresh air and the scent of wild arctic flowers.

Reykjavik
Reykjavik is the beating heart of Iceland. The city was founded in 1786, but it's also the site of Iceland's first permanent settlement, dating back to 874 AD. Check out the Settlement Exhibition, a combination archaeological ruin and museum based around a 10th-century longhouse, where interactive technology and archaeology reveal historical Iceland. The church Hallgrimskirkja dominates the skyline – admire its distinctive Expressionist-style architecture designed to mirror the nearby mountains and glaciers during your Iceland cruise. Get steamy at the famous Blue Lagoon, built on a lava field and heated with geothermal energy it is just a short 45 minute drive away. Pamper yourself with mud masks and massages while in the hot water.

Belfast
a thriving, fast-growing metropolitan centre that's full of surprises. The city played a key role in the 19th century's Industrial Revolution, when it was the world's biggest linen producer. It also had a reputation for ship-building – the Titanic was built here. Learn more about this claim to fame when you visit the Titanic Quarter and the city's Titanic Belfast attraction. Then, grab lunch on the terrace overlooking Edwardian City Hall, one of the best examples of Belfast's great architecture. Ireland cruises offer you the opportunity to walk amongst exotic trees in the botanical garden, and reinvent your idea of Irish cuisine at one of the city's upmarket, seafood-focused eateries.

Liverpool
From stunning architecture – like The Bluecoat Chambers and The Three Graces – to epic eateries that serve up some of the best food in the UK, there's something for everyone. If you're looking for the buzzing centre of the city, head down to Royal Albert Dock, which not only has the most listed buildings in the city, but is also packed with galleries, museums and more.

Cork
In the city centre, situated on an island in the River Lee, you'll find one of Ireland's best foodie scenes, with lanes and streets filled with local watering holes and high-level restaurants. Cruise to Ireland to check out the prison-turned-museum Cork City Gaol, visit Blarney Castle and kiss its eponymous stone and sample local culinary specialities in the English Market. Cork is just a 25-minute drive from Cobh, Ireland's only dedicated cruise terminal and the final port of call for the Titanic before it set sail for the United States.

Prices listed are per person in Australian/New Zealand Dollars, based on twin occupancy, including all discounts unless otherwise stated. The offer is subject to availability at time of booking and shown on the oceanview category available at the time. Fares are capacity controlled and are subject to change at any time without notice. Prices/Offers are correct as at 28 October 2021 and can be withdrawn without notice. Cabin categories include prepaid government fees and port taxes unless otherwise stated.  Hotels may charge resort fees not included in this package, payable direct upon check in. Visas are not included. Flights are not included. Payments made by credit card will incur a surcharge.