A Taste of Australia from Perth to Sydney 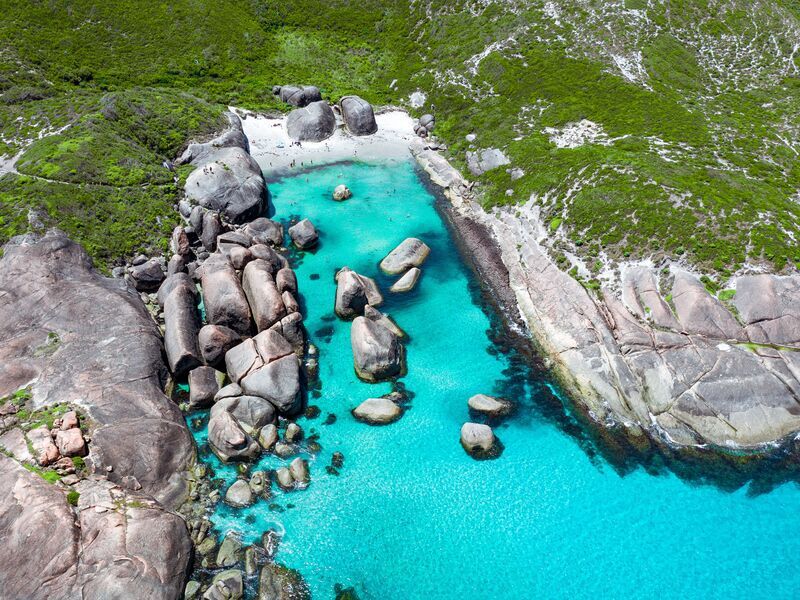 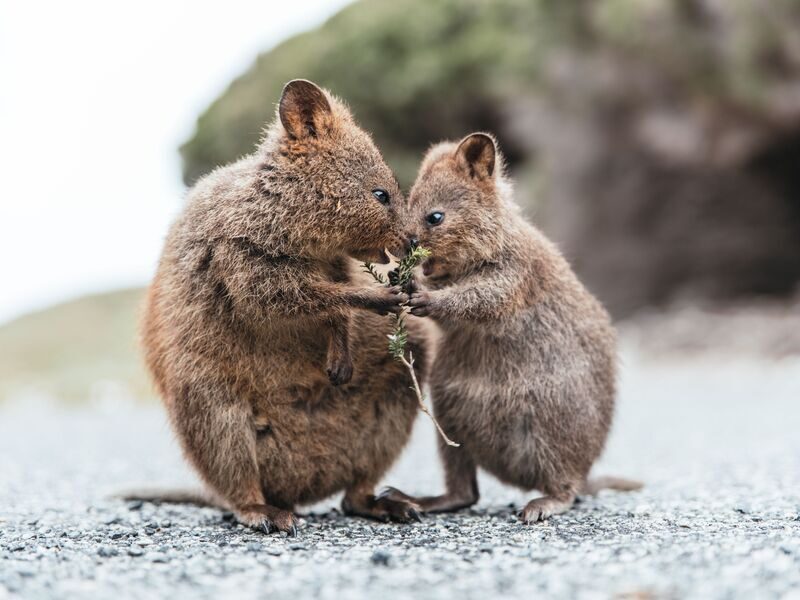 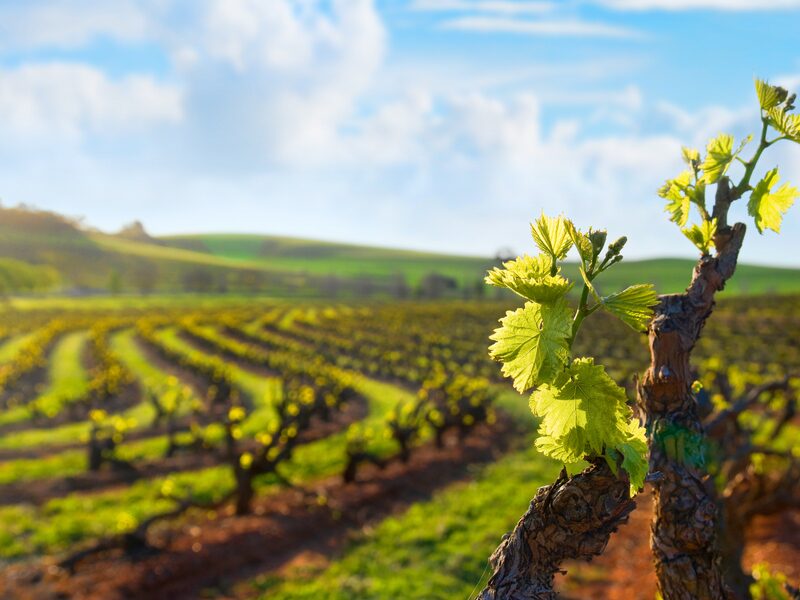 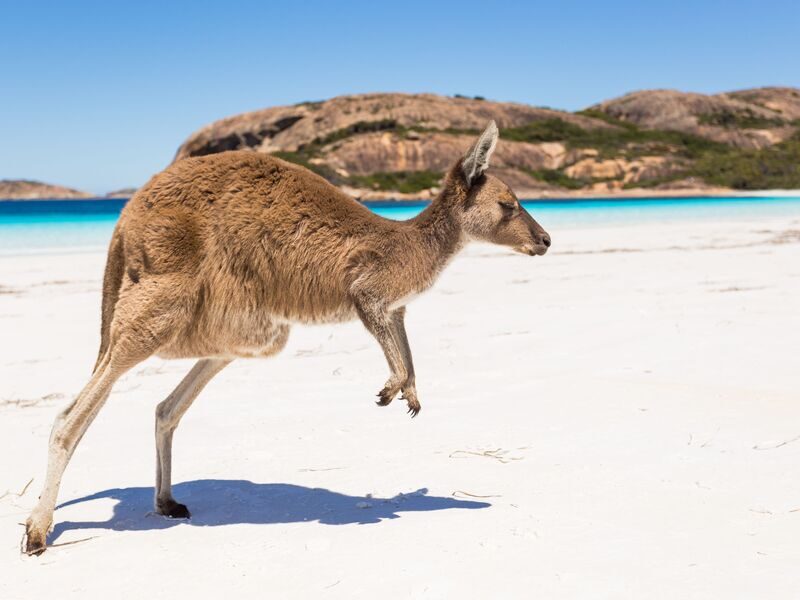 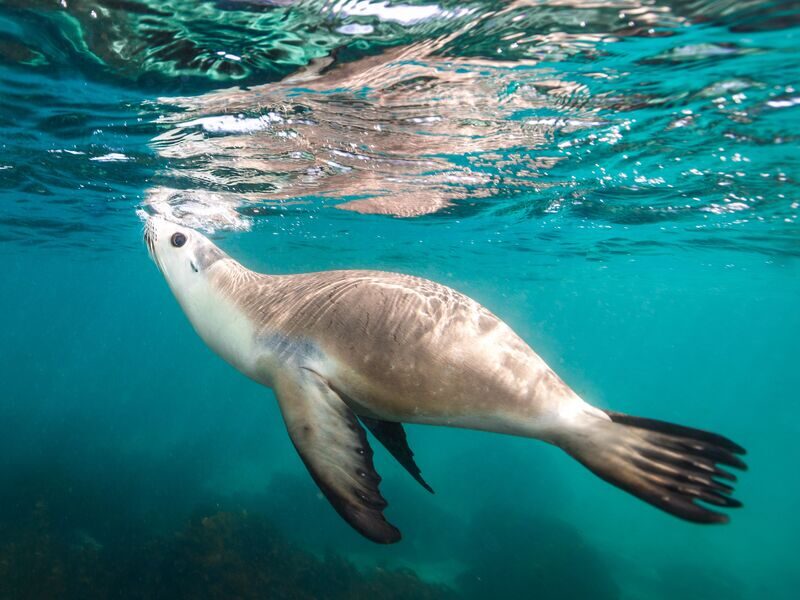 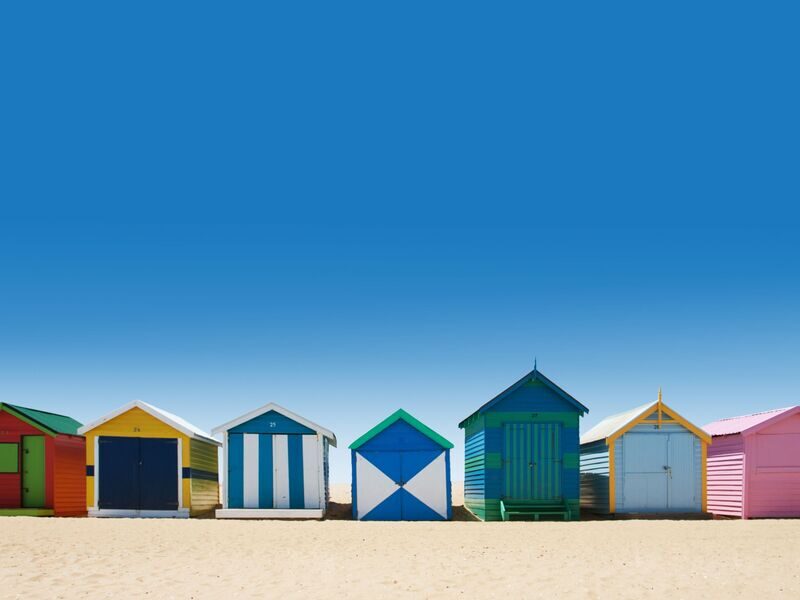 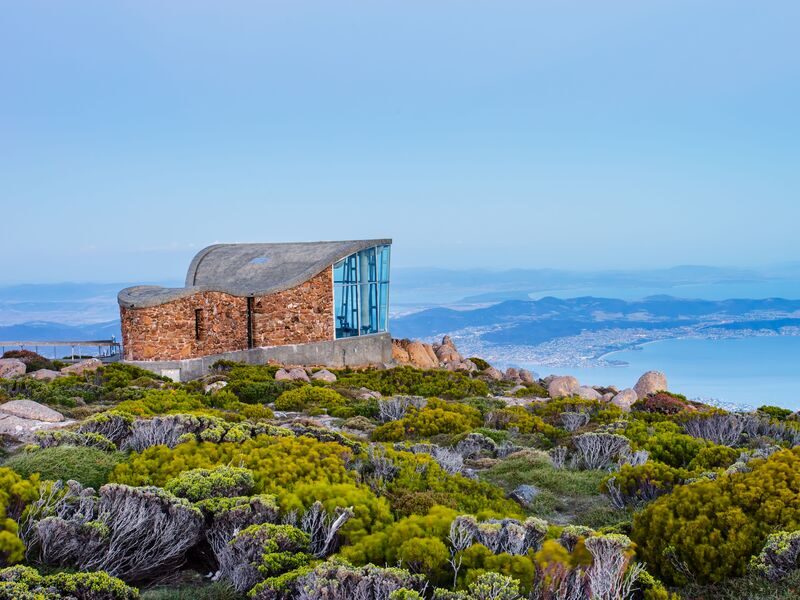 Sail from Freemantle to Sydney. Along the way kayak the ancient mangrove swamp of Leschenault Estuary. Photograph the famous marsupials of Kangaroo Island. Sip wine and sample local produce in the Barosso Valley.

Rottnest Island
Perth's idyllic island playground, Rottnest is just a short ferry ride from the mainland and a world away from city life. On its shores, 63 stunning beaches, 20 beautiful bays and many coral reefs and wrecks invite you to enjoy some of Australia's finest swimming spots, snorkel trails and surf breaks. On dry land, you'll meet the cutest mini marsupial, found only in Western Australia, the world famous quokka, as well as many unique plant and animal species.

Perth
One of the most isolated capital cities in the world, Perth keeps up with the times and trends, but it often paves its own way when it comes to food, fashion and art. Historical relics abound, from the Fremantle Prison and the Round House to the Fremantle Market Hall, where shoppers once arrived by horse and carriage. These sights now share the spotlight with art galleries, breweries and designer boutiques. In the city center, the modern towers of mining and financial firms also contain inventive restaurants such as Greenhouse and rooftop bars like the Mechanics Institute. Nearby are Perth institutions like the Art Gallery of Western Australia and Kings Park and Botanic Garden, as well as the creative neighborhoods of Subiaco, Leederville and Mount Lawley. With the Swan River at its heart and kilometers of Indian Ocean shoreline at its edge, Perth is an ideal city for a stroll, a bike ride or a sundowner on the water.

Albany
Established in 1826, Albany was the first European settlement in Western Australia and quickly grew into a bustling commercial hub. Its historic heart has a certain faded grandeur. The area’s most striking features predates the original settlement. Its natural wonders include stunning coastline stretching from Torndirrup National Park’s majestic cliffs to the tranquil bay at King George Sound. In the interior, the peaks of the Stirling Range reach heights of more than 1,000 meters and offer opportunities for day hikes with breathtaking views.

Port Lincoln
The nutrient-rich waters and sheltered bays surrounding the Eyre Peninsula—bounded by the Spencer Gulf to its east and the Great Australian Bight, an enormous bay, to its west—support an abundant marine life. That marine life, in turn, supports Port Lincoln, a town at the tip of the peninsula that's the seafood capital of South Australia. In addition to ensuring delicious tuna and plump oysters on local menus, the wealth of fish means there is a variety of wildlife here, including aquatic birds, sea lions, dolphins, whales and great white sharks. (For the adventurous, join the sharks in their natural habitat by signing up for a cage dive). Among the highlights of Port Lincoln are the spectacular views of Boston Bay (a natural harbor three times the size of Sydney’s), mansions built by local tuna millionaires and several interesting art and handicrafts galleries. Nearby Coffin Bay is home to oyster farms where you can sample one of the area’s most famous products, as well as a national park with wild ponies. The Eyre Peninsula also has several award-winning vineyards that produce wines to complement your visit to Port Lincoln.

Adelaide
With a burgeoning creative class, top-notch wining and dining, and a pace of life that feels distinctly more leisurely than high-profile siblings Melbourne and Sydney, Adelaide has evolved into a must-visit destination. The city's Central Business District has become the hub for artists, designers and restaurateurs, all breathing new life into a once-sleepy capital. Not everything changes though: The town's reputation as a genteel, leafy haven is still justified, and Adelaideans' love of sport continues unabated. Adelaide citizens are devoted to fine wine and great food, and particularly proud of the world-class vintages being produced in the famous Barossa Valley.

Kangaroo Island
The Australian continent’s third-largest island enchants visitors with its mellow rhythms. Even Penneshaw, its main ferry port, has a population of less than 300 people and farmers sometimes still advertise for spouses on bulletin boards. Long roads run arrow-straight through the fields, scrub and dense gum forests of this spectacular unspoiled destination. It remains one of the best places to see Australian marsupials in the wild. Almost half the island remains bushland or national park, sheltering koalas, echidnas and a million or so tammar wallabies. Marine mammals also make a healthy showing, visitors can walk through one of the country's largest sea lion colonies and watch for rare southern right whales offshore.

Melbourne
Consistently voted one of the world's most livable cities. This is Australia’s cosmopolitan heart with cutting-edge art and architecture, historic galleries, attractions and museums, plus a dizzying range of restaurants, bistros, markets and bars. It's renowned for its sporting culture, home to the esteemed Melbourne Cricket Ground and Australian rules football teams. The famous laneways of Melbourne bustle with hidden bars and eateries, while myriad beaches and parks allow for the ultimate outdoor lifestyle. It’s a melting pot of cultures and a city of gourmands who demand excellent food and find it everywhere. Melbourne is the gateway to Victoria's world-class wineries and spectacular coastline sights. Visit the famous penguins at nearby Phillip Island or feast on local produce in the picture-perfect Yarra Valley.

Burnie
Burnie’s long-running logging industry is just one hint at the amazing forests that surround the town, from the UNESCO World Heritage area that contains Tasmania’s most famous crag—Cradle Mountain—to the lesser-known rain forests of the Tarkine wilderness. Woodworkers, papermakers and print artists thrive in this misty land of trees, as does rare wildlife, ranging from wedge-tailed eagles to echidnas and the fabled Tasmanian devils. There’s pristine beachfront, too, where little penguins march and well-to-do locals dine on seafood platters as they gaze off into Bass Strait. Tasmania's separation from mainland Australia has created a resourceful, self-reliant community that cooks and farms as well as it crafts and explores. Burnie's bounty includes award-winning single-malt whiskeys, hard apple cider, trout and salmon, hormone-free milk and cheeses and beef from Cape Grim in the far northwest. Known for the world’s cleanest air, Burnie is an exciting base for a taste tour as well as a rugged or refined adventure.

Hobart
Home to stunning landscapes, old-growth forests and exceptional local produce. Although its remoteness might once have made it feel provincial, the city has truly come into its own in recent years. It’s got one of the world’s best museums of contemporary art, vibrant markets, a cosmopolitan dining scene and eclectic music festivals. It’s also achingly beautiful, with a natural harbor setting and rugged Mount Wellington looming in the background. The city is compact enough to easily explore on foot. Start at the sandstone area of Salamanca Place with its hip galleries, artist studios and bustling cafés and bars, and then roam the quaint streets of Battery Point, one of Hobart’s oldest neighborhoods. Immerse yourself in nature at the gorgeous Botanical Gardens or head out of town to learn more about Tasmania’s dark—but fascinating—past. Fuel up on the freshest seafood straight from the Southern Ocean at the waterfront, or feast on gourmet Tassie produce at one of the many excellent restaurants in town.

Sydney
The idyllic lifestyle, friendly locals and drop-dead natural beauty of this approachable metropolis and its attractions explain why the country tops so many travelers' wish lists. A list of what to do in Sydney might start with the white-hot nightlife, with its new cocktail bars and idiosyncratic mixology dens. Inventive restaurants helmed by high-caliber chefs are dishing up everything from posh pan-Asian to Argentine street food, while the famous dining temples that put Sydney on the gastronomic map are still going strong too. The famed harbor is among the top sights—home to twin icons the Sydney Opera House and the Sydney Harbour Bridge, it is the stepping-off point for some of the city's best cultural attractions and sightseeing. In one day you can sail around the harbor, get a behind-the-scenes tour of the opera house and climb the bridge, with time to spare for people-watching over a flat white at a waterfront café. Speaking of water, you will want to include the iconic beaches, where surfers, office workers and tourists alike converge on some of the most gorgeous shoreline scenery anywhere. Bondi, Bronte and Clovelly are all within easy reach of the Central Business District, as is Manly, a charming seaside town located a short ferry ride from Circular Quay. Beyond the city you'll discover UNESCO World Heritage Sites and the chance to encounter Australia's cuddliest wildlife.

Prices listed are per person in Australian/New Zealand Dollars, based on twin occupancy, including all discounts unless otherwise stated. The offer is subject to availability at time of booking and shown on the lowest suite category available at the time. Fares are capacity controlled and are subject to change at any time without notice. Prices/Offers are correct as at 17 November 2021 and can be withdrawn without notice. Cabin categories include prepaid government fees and port taxes unless otherwise stated.  Hotels may charge resort fees not included in this package, payable direct upon check in. Visas are not included.  Air credit is applicable on airline of choice, subject to availability and subject to the carriers’ flight schedules and conditions. Payments made by credit card will incur a surcharge.